Wandering In The Dark – The Odeon, Portsmouth.

Urban Exploration is nothing new, its been around a long time and has developed into a subculture itself over the past decade. For the uninitiated urban exploration (UE or urbex are other names) is the activity of exploring abandoned, disused or off limits places. For me the activity is one of escapism and challenge, the photography aspect just seems to be the excuse that pushes me to climb through razor wire or hide out for 16 hours to avoid arrest. But most of all I enjoy it because it is different, because it provides me with something else to do other than the daily grind. Just like climbing it gets me off my arse, out of the house and doing something with my time that creates stories I can tell to friends and anyone else who cares to listen.

It has been over a year and a half since I last engaged with UE, I took a big break after a trip to Italy and I only started again by stumbling across a local fledging who was just getting into UE and its dark underworlds of fun. After an attempt to access the Zurich Building for the 100th time I turned my eyes on the old Odeon Cinema in the North End area of Portsmouth.

A brief history of the building from cinematreasures.org

“The Portsmouth Odeon opened on 14th December 1936 with Sydney Howard in “Chick”. It was the largest and most expensive Andrew Mather designed Odeon of that year. Total seating was provided for 1,824, with 1,224 in stalls and 600 in balcony. It has an impressive monolithic tower frontage in cream faience with vertical green bands and a roof of red Spanish tiles. The auditorium’s ornate decoration included tall murals on side walls depicting film subjects. In 2007 the Freehold on the building was sold by Odeon Theatres Ltd. and after a few false roumors of closure, the final performances were held on 10th January 2008.”

Initially I thought it wasn’t going to be as visually stunning when compared to many places I have been to. It was very much just a reason to do something to get the life flowing through my veins again. So a couple of us found ourselves one evening darting through the side access of an empty house, jumping the wall in the back garden and starting what has turned out to be a rather nice little mini project.

The main building itself has two points of access. The lower screen you access by climbing up a small wall with the help of a gridded fence and jumping through a window. The lower screen is flooded as are the toilets next to the screen making the water rank with sewage and when you walk on the main stage you can run the risk of dropping into god knows what as its made of wood, and has been submerged in water for years. The below shots were taken whilst standing on the vents as they are metal and solid. 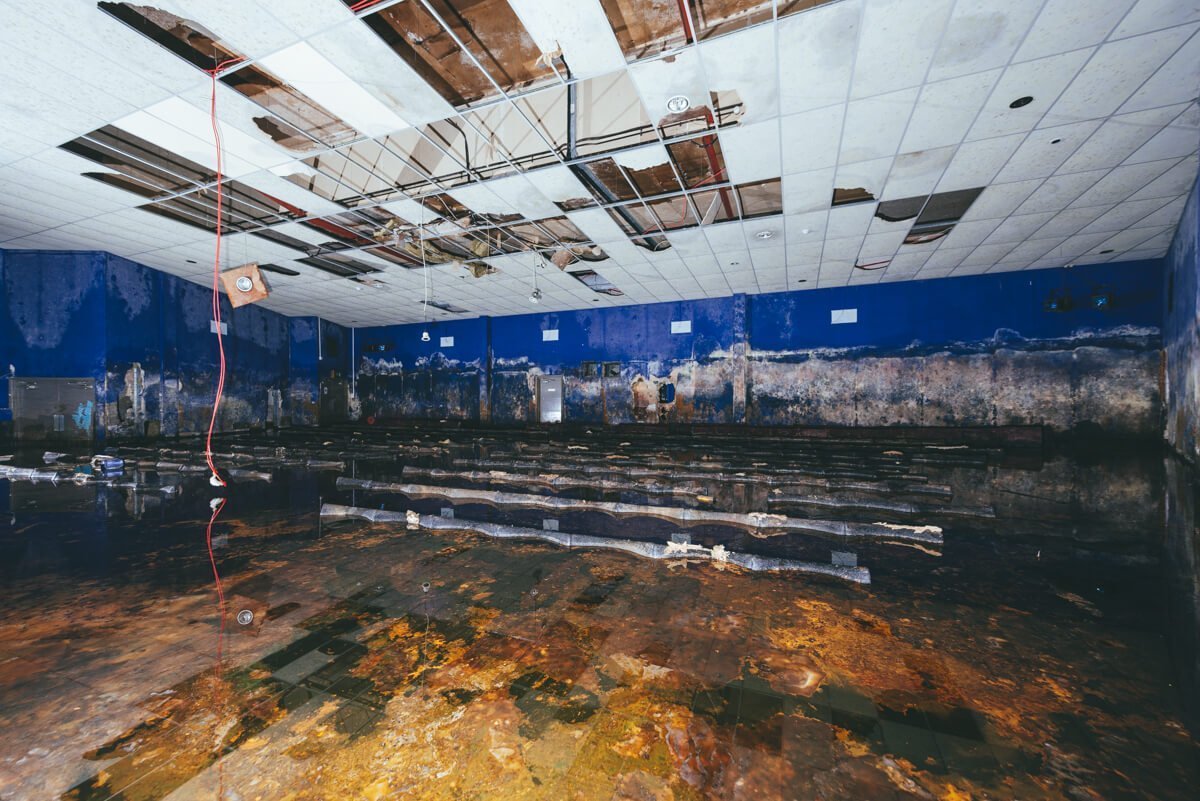 Exiting swiftly the way you came in, the way into the main section is down the alley to the left. The first two smaller screens are about 10 seconds from the door, the one below is the left hand one with a ton of stuff in the doorway. If, like me, you enjoy climbing over stuff then this is the way to go. 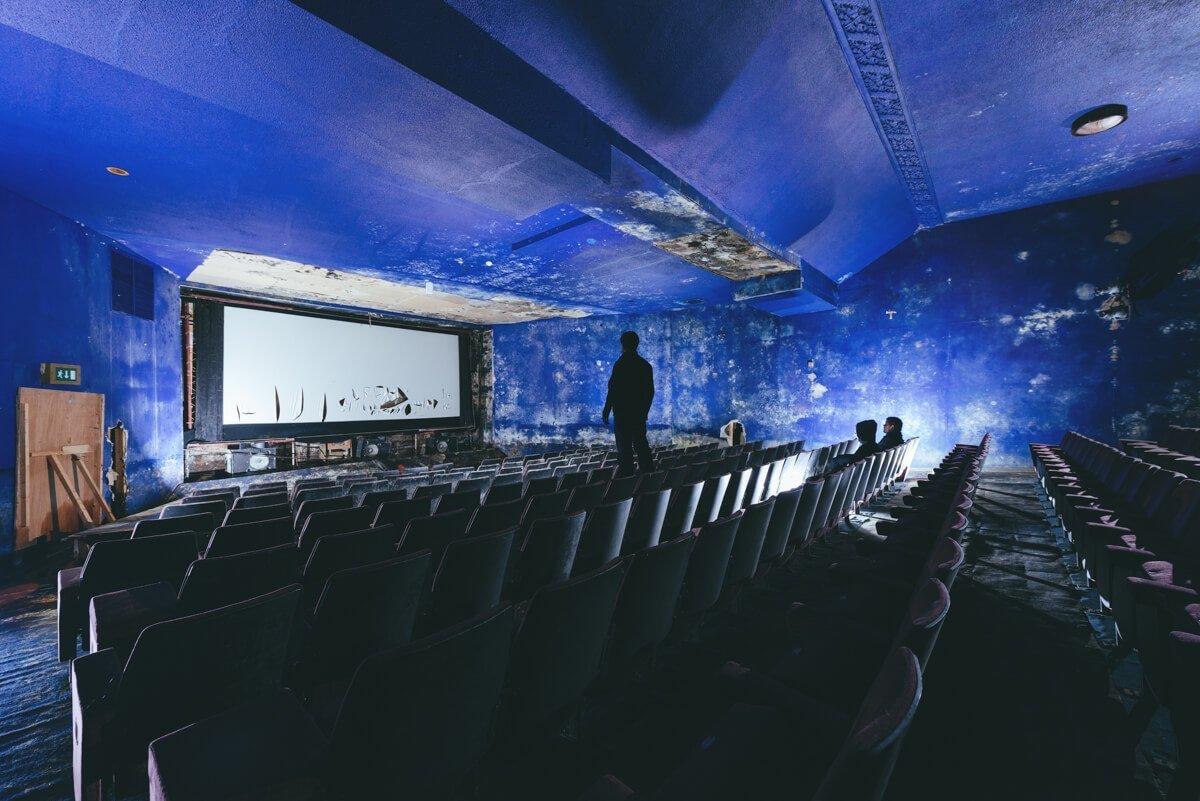 Getting into the projector room for the lower two screens involves climbing into the access corridor through one of a couple of holes that have been punched into the walls that joins both cinemas. There is no real equipment in these rooms now, as I believe they were stripped when the cinema was closed, but there is plenty of film reel scattered around the floor. The floor itself is slowly going south, so be careful in here. 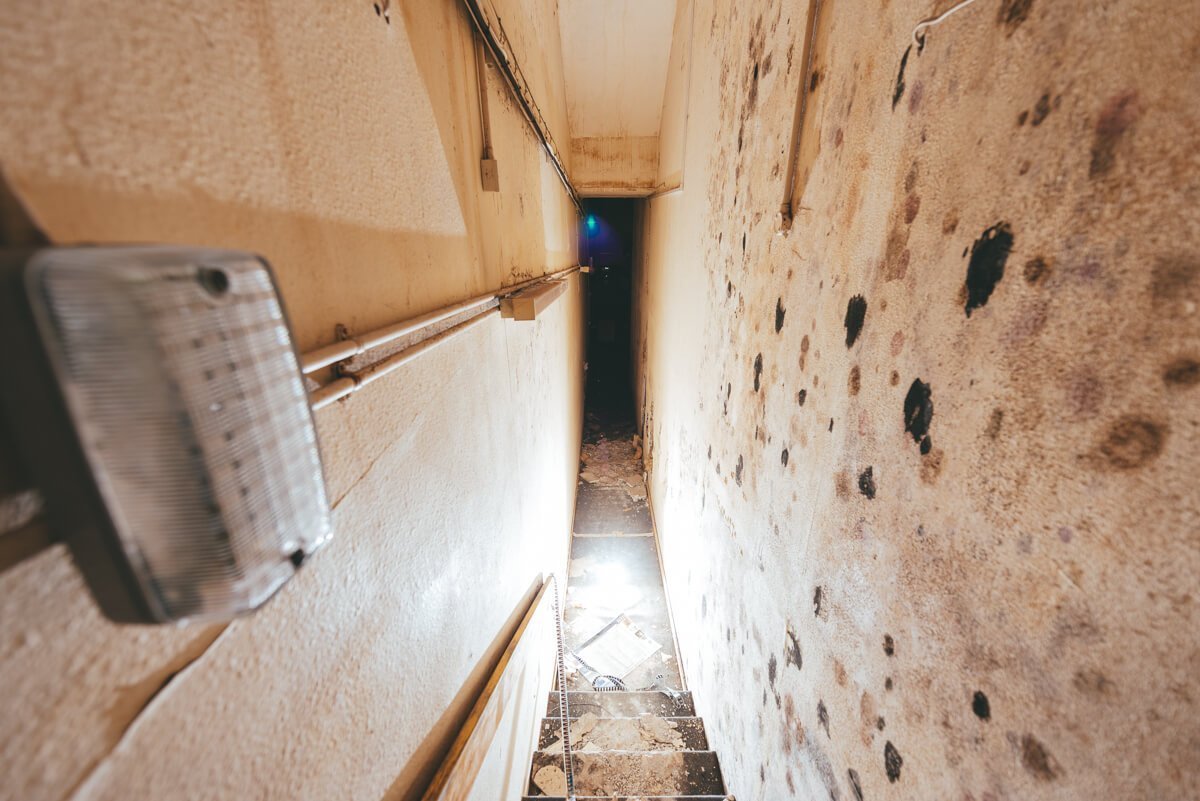 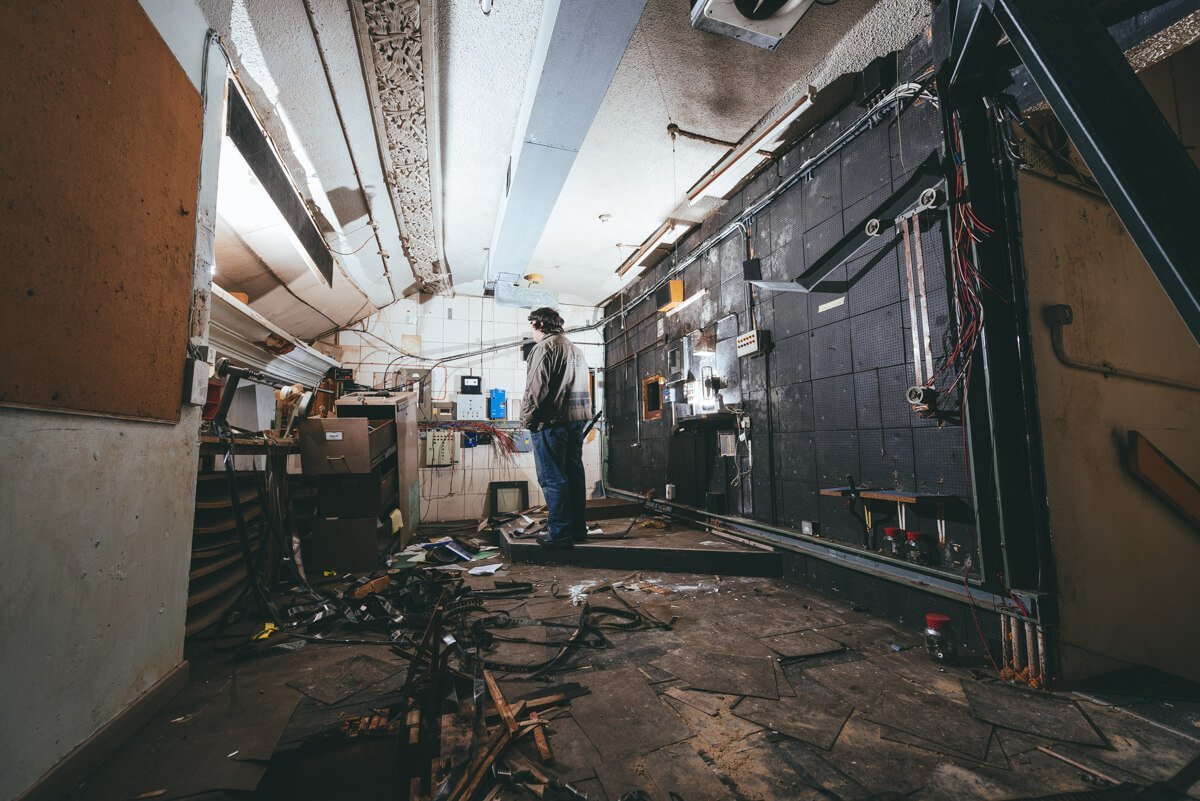 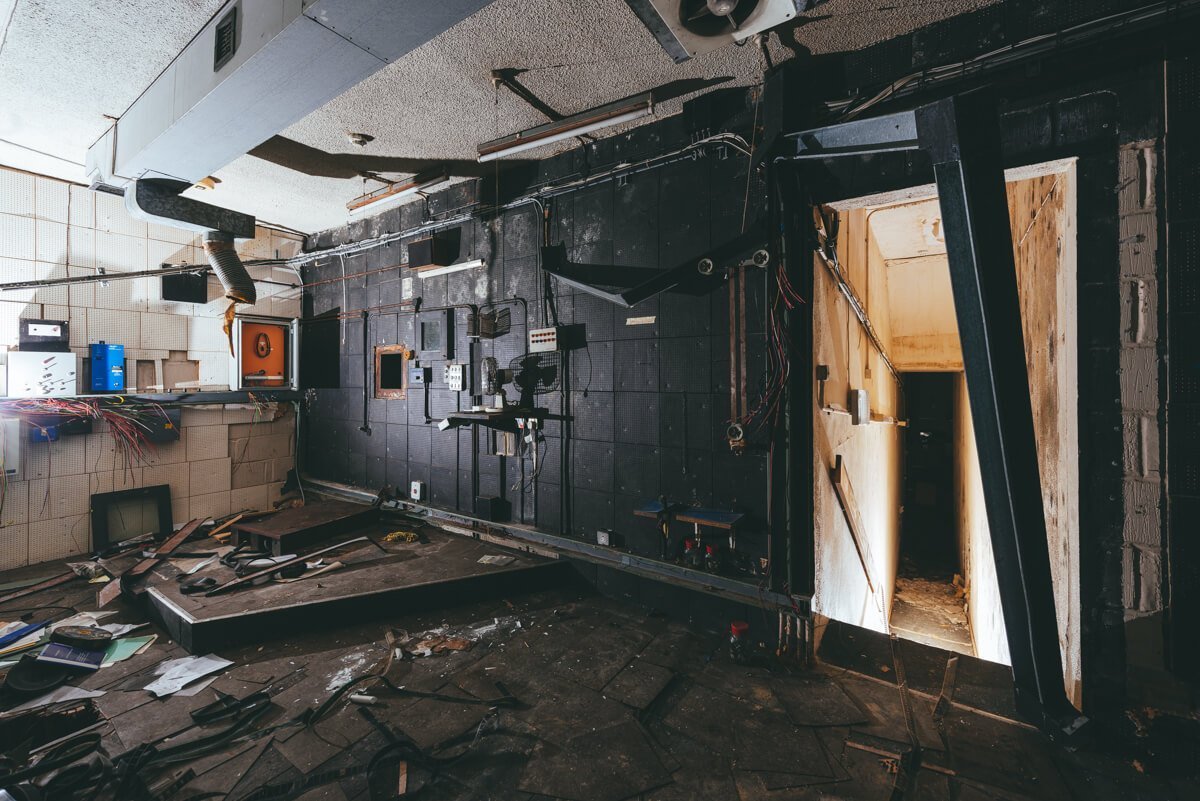 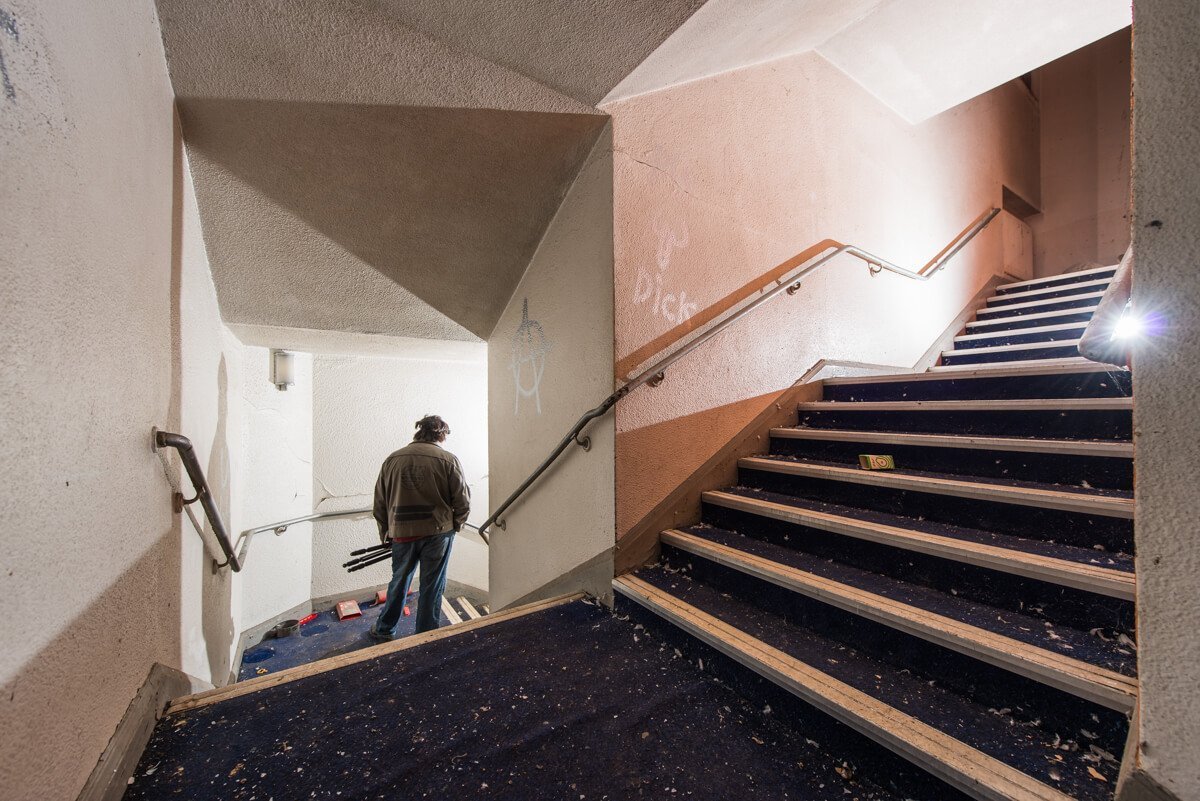 The main screen is where all the fun is at. It is a shining example of how a cinema theatre should look: a beautiful curved symmetrical room and amazing stylings. The first visit here I didn’t have time to shoot what I had in mind, so the shots below were from trips number two and three. I used two different trigger systems, a tripod, a 7dayshop pro ball head and two yongnuo flashguns to light the below shots. 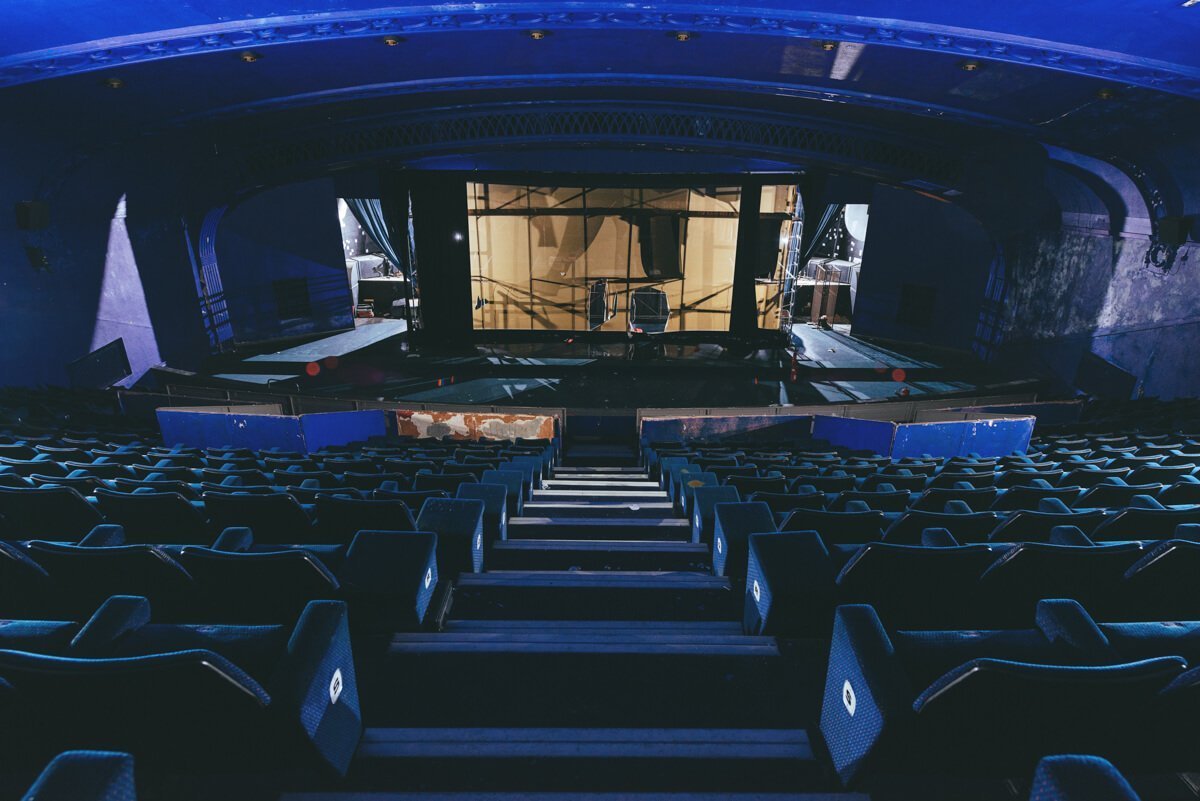 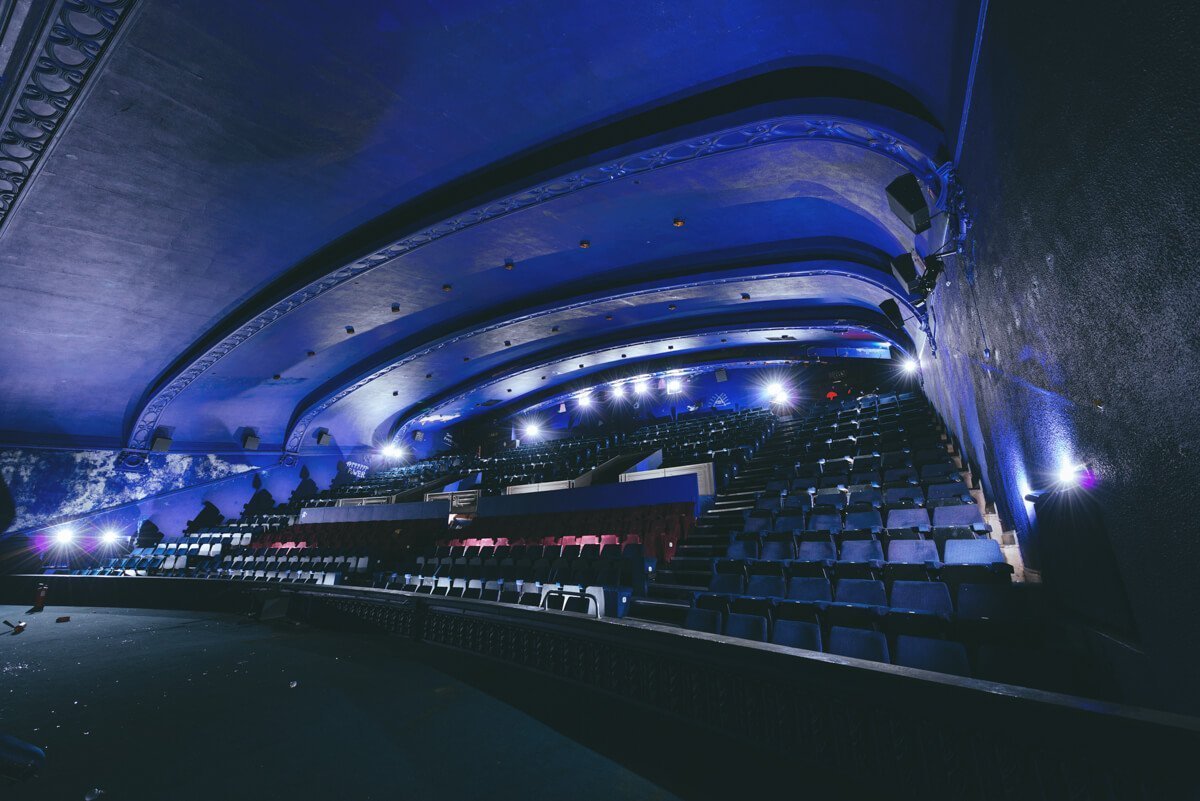 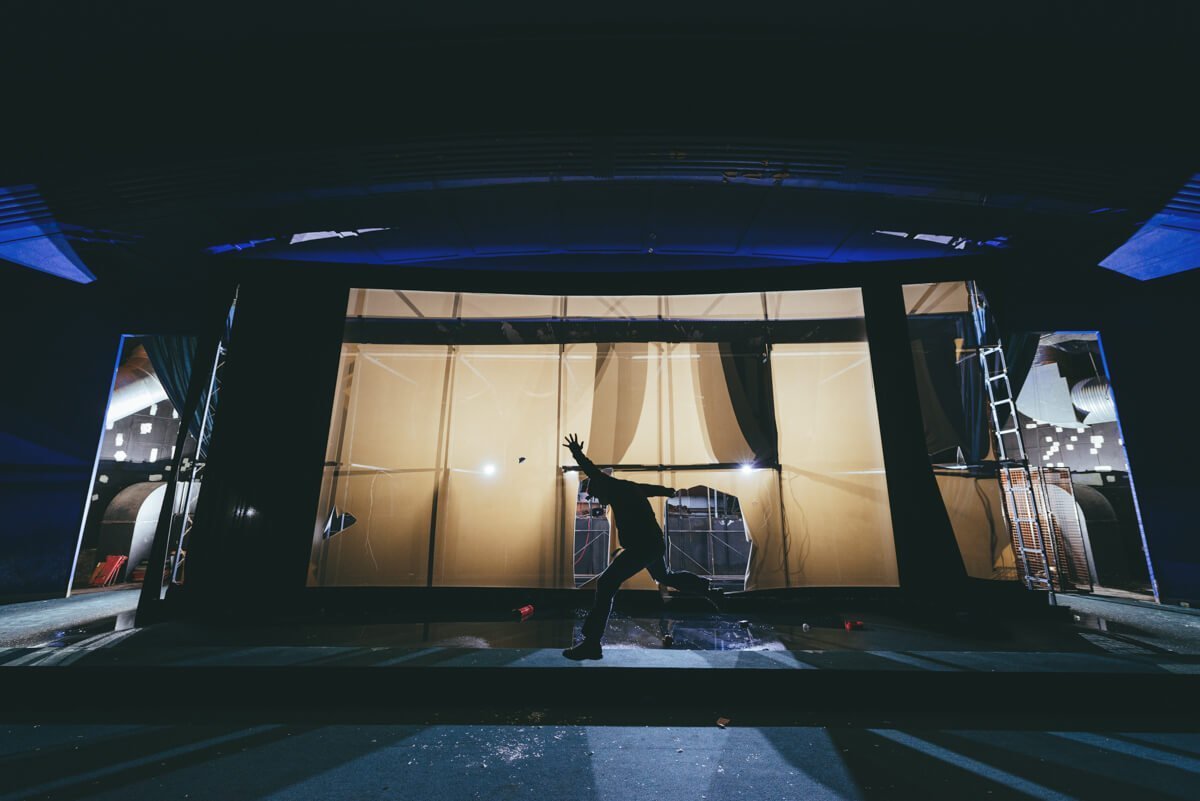 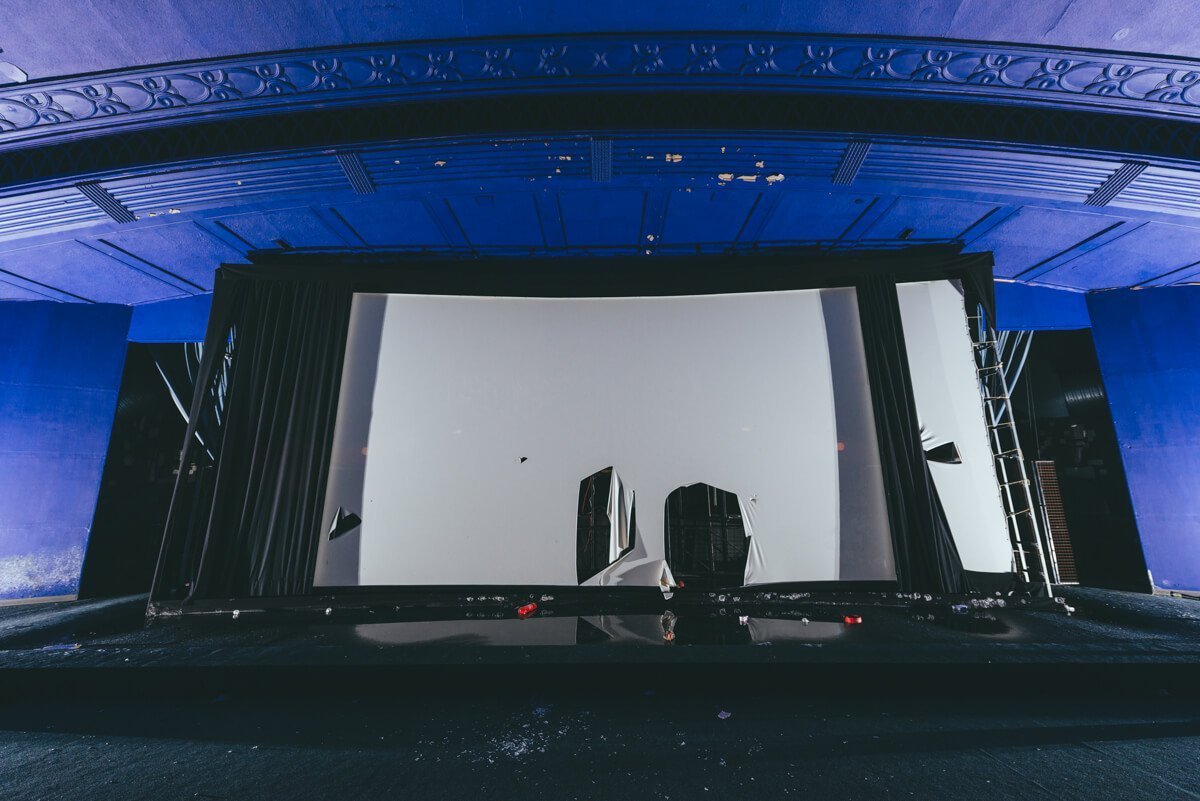 Moving through to the back of the screen there is a small access hole that leads into a largish cavity with what appears to be a cooling system of some type. It is this area that has a small hole high up off the ground that I climbed up to and through. This leads into the main roof cavity and thankfully has an installed wooden walkway that allows you to navigate this area. 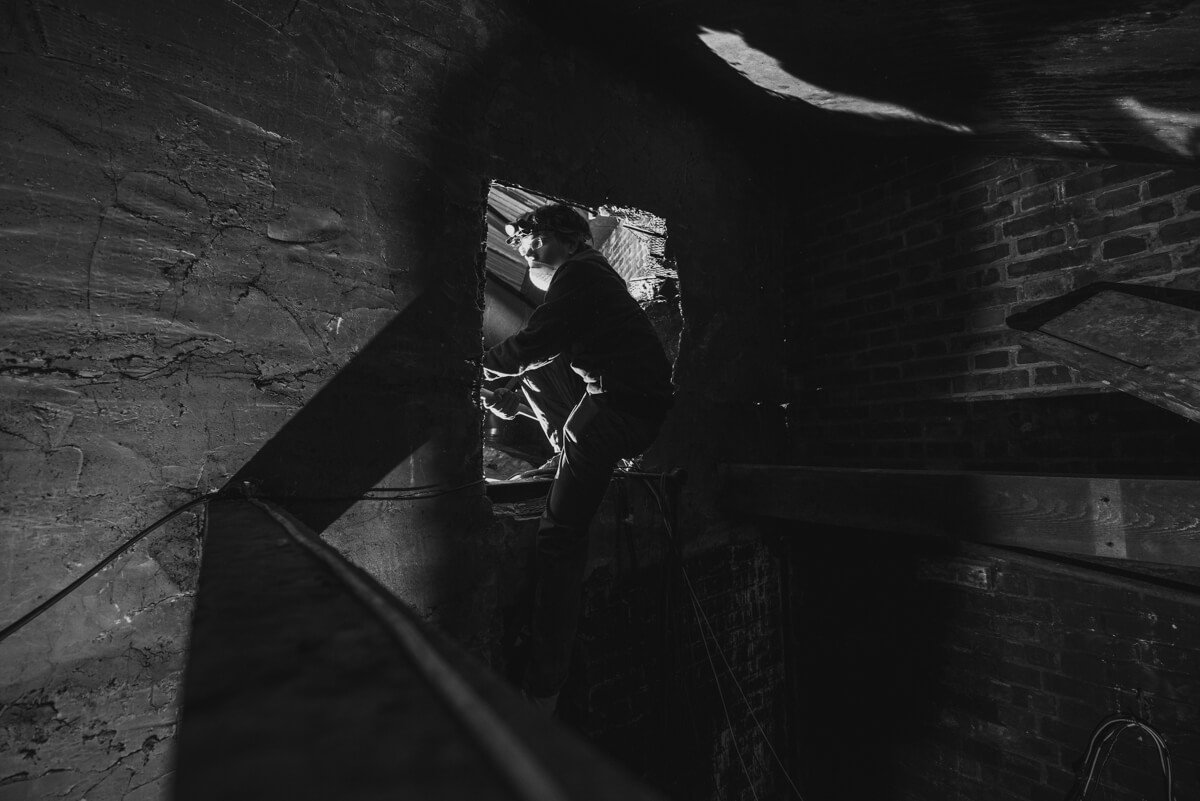 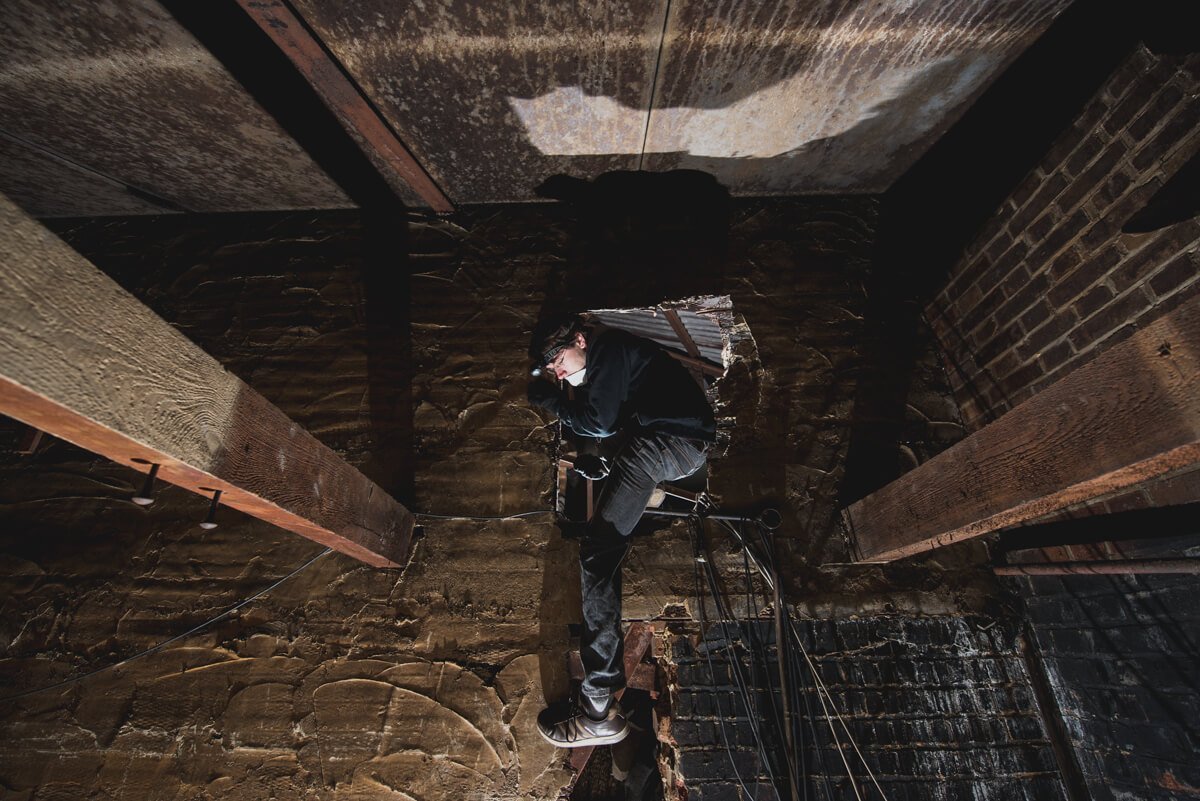 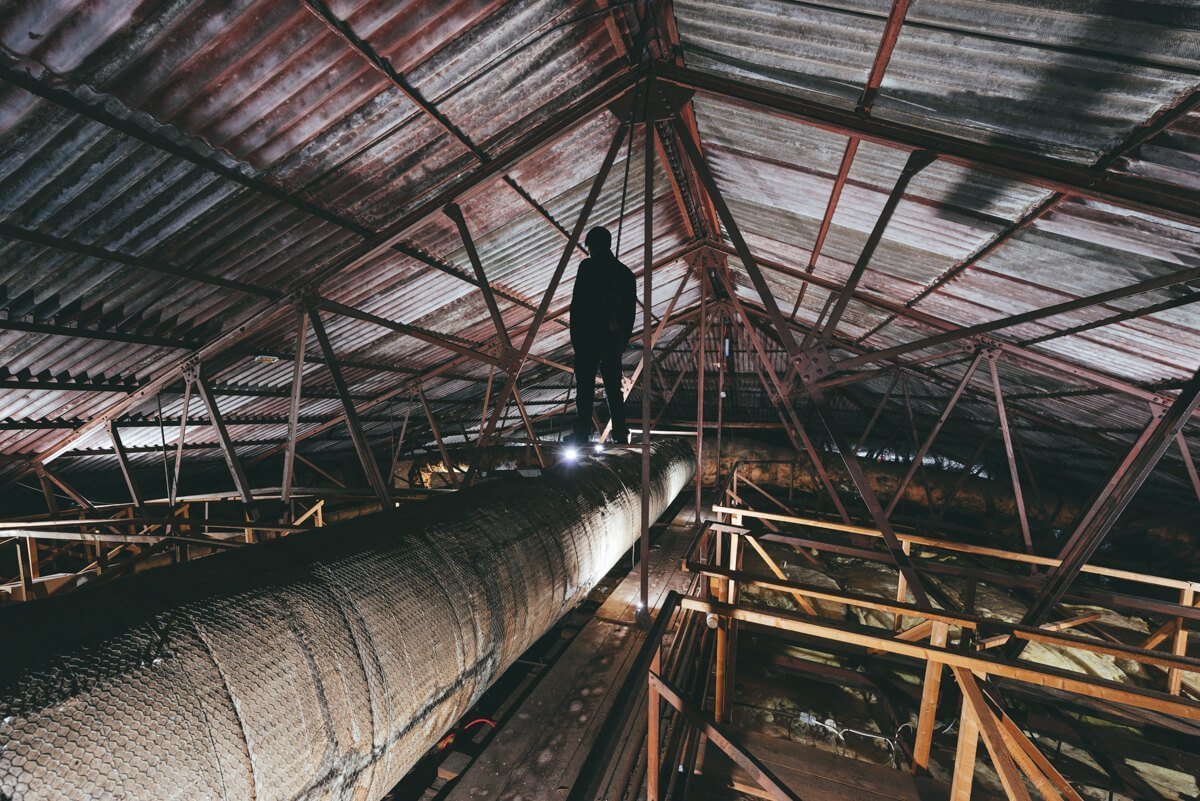 At the far end of the roof cavity is a small hatch and with a couple of swift kicks it came open and led out onto the roof. I have seen many different views of Portsmouth now from up high and this one is just another to add to the collection. 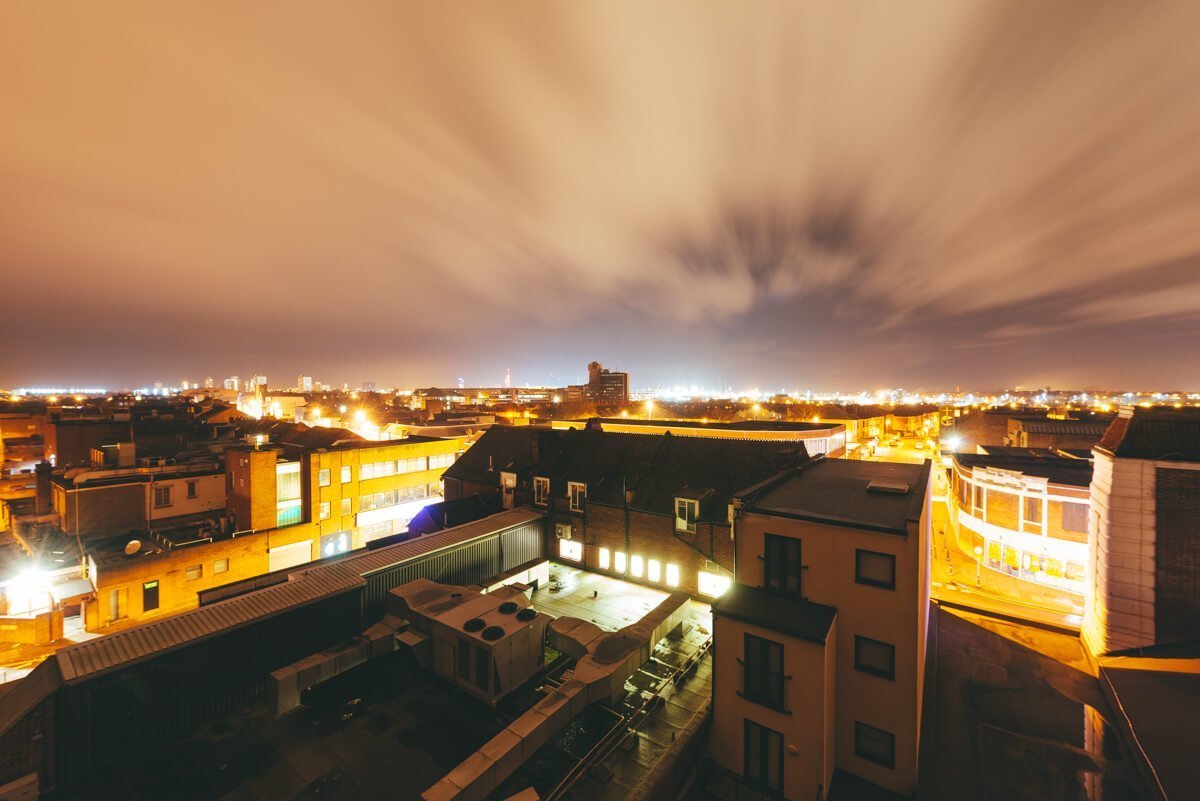 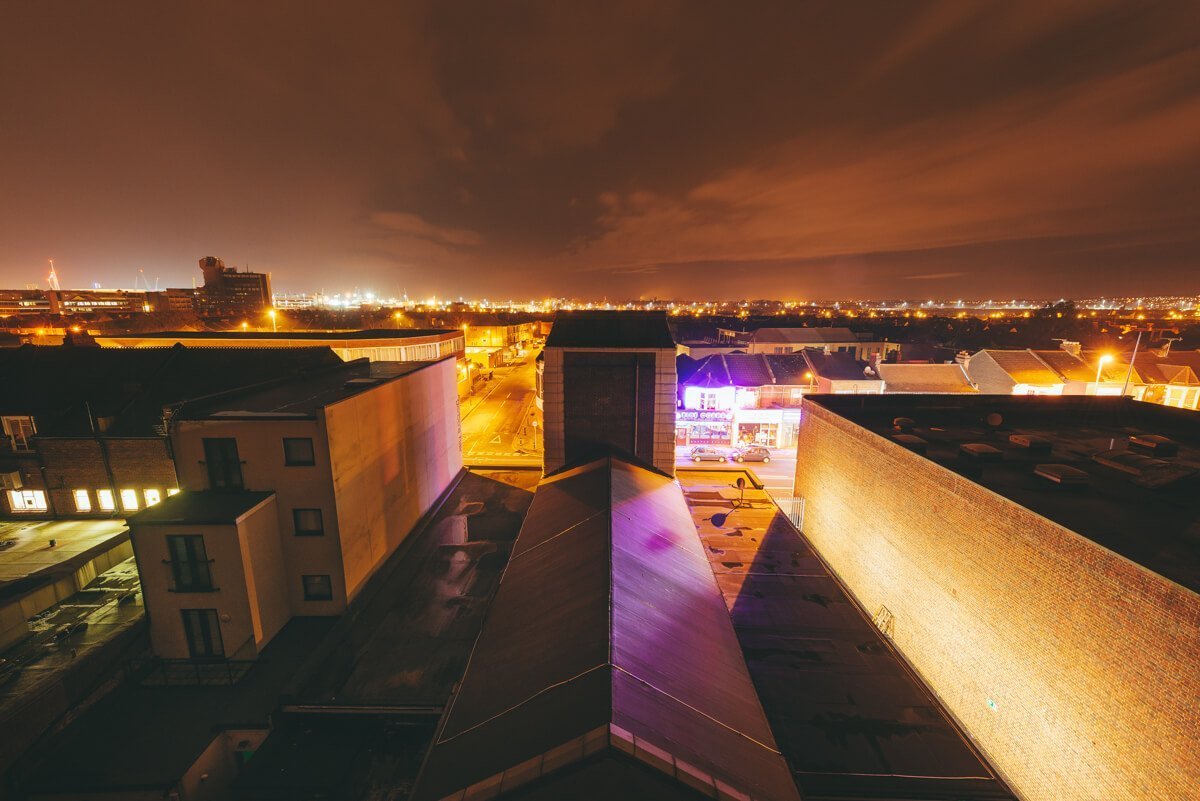 The projector room for the main auditorium is in a similar sort of state as the one for the two smaller screens. No equipment, warped flooring, but a nice view of the main screen through the projector slots. 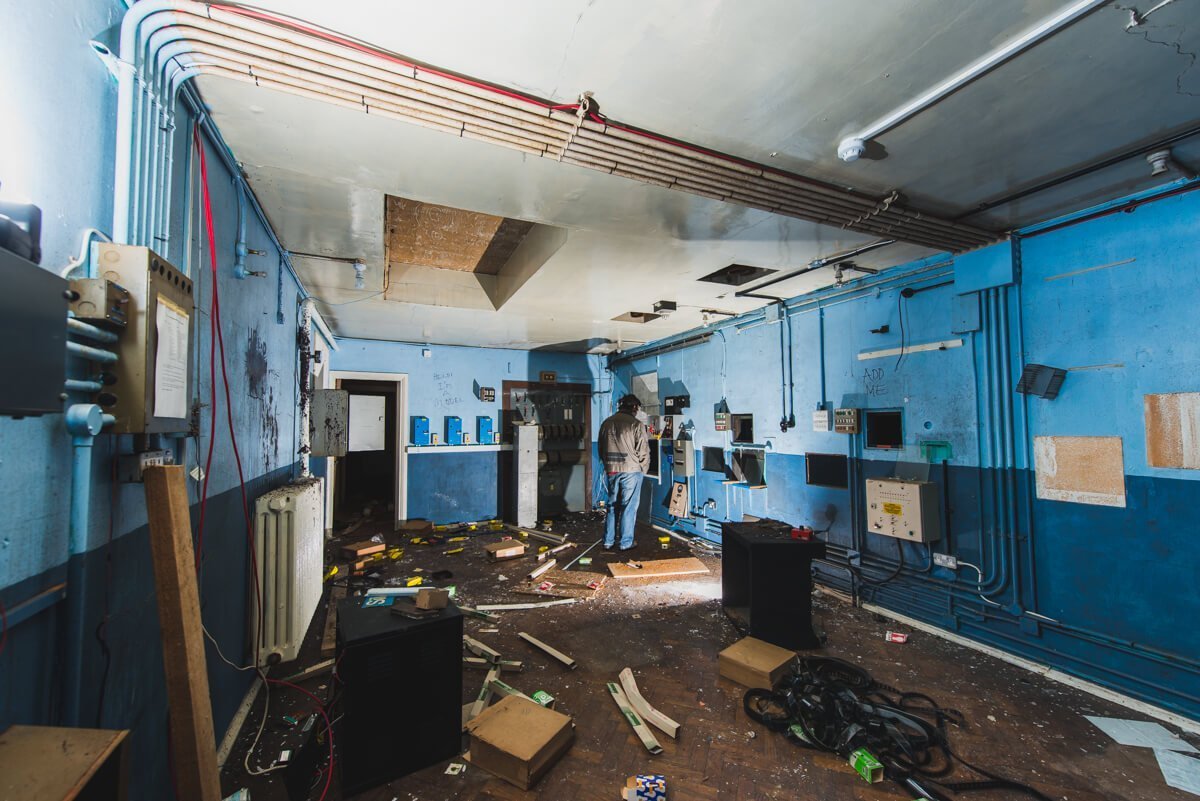 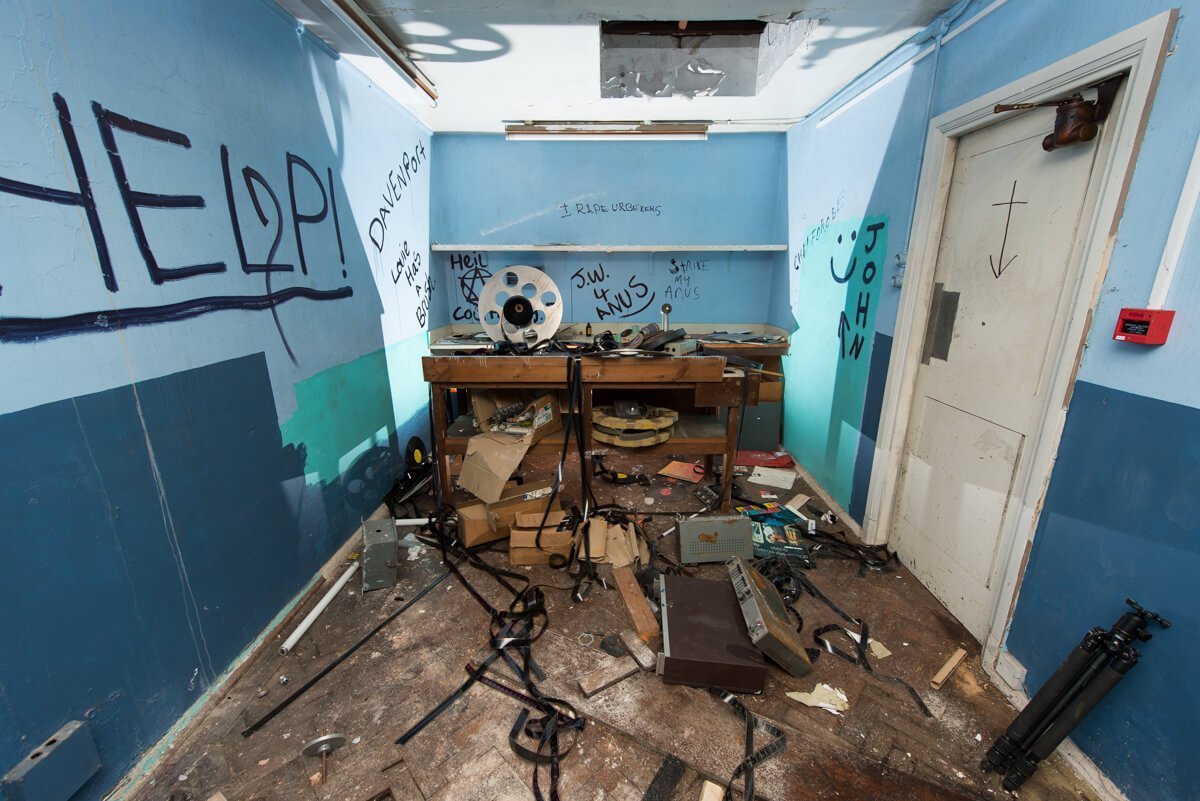 Four weeks after our first visit, this little mini project that has filled my mind somewhat as a much needed distraction is now complete. Whilst I love the adventures these types of places can give me, it is a crying shame that such a wonderful building has been left to rot from the ground up. The cost of restoring the building itself would be in the millions and demolishing it would not be much cheaper.

If you do ever fancy a trip into this echo of an art deco past then do exercise caution. All long term abandoned buildings have their structural faults in the shape of loose walls and dodgy flooring. If you do try to access the roof make sure you are strong enough for the short climb as it hangs about 8 feet over some steel work that will cause you damage if you fall and when you do get in through the access hole keep your weight over the girders until you get onto the walkway as it is a long way down the cinema floor. 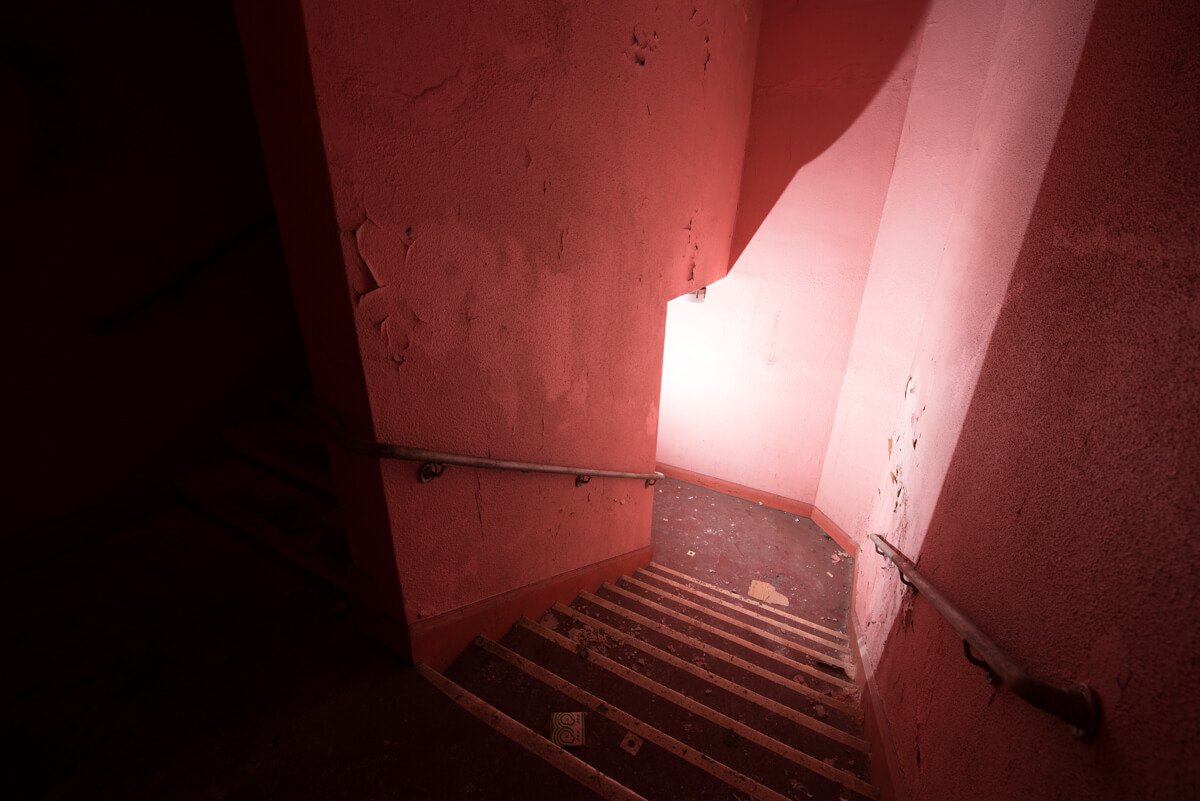