For a few years as part of my work with Thai Boxing Store I was fortunate to photograph some top level Thai Boxing. I had previously photographed some local Thai Boxing shows that most of the time equated to enjoyable scraps in a Thai style but I never really had the chance to photograph a fighter with good form. When Thai Boxing Store started to do the sales stall at the Bolton shows I acquired a photo pass and proceeded to spend 12 hours at a time on my knees in front of the screaming crowd witnessing some truly incredible flights from ring-side.

Photographing sport is technically challenging. You need to be able to track the movement and anticipate key moments. At the higher ability levels athletes move faster and everything tends to be more tactical and deliberate. Having some degree of observational experience or direct experience helps so if you are planning on photographing any sport do some prep work. For me, I have been practicing Muay Thai for fitness and for fun for several years. I am in no way any good at the sport, but having an understanding of the basics helps with anticipating what is going on. Understanding that fighters go from probing attacks to 3/4 strike combos and the defensive methods used with ring craft helps with trying to capture at least a handful of decent shots. Factors you have to work around for this type of indoor event are the lighting, finding a place at ring side to setup, the ropes, the people in each fighter’s corner, the audience behind you and the sheer length of time these shows ran for (12+ hours). I started off using my D800 and quickly worked out that it didn’t have the ISO capability for the light levels and the speed of movement of the fighters. This was one of my reasons for buying a D750.

There were many memorable moments, but my top three are:

1) Bernise Alldis vs Tanya Merrett. Getting splattered with blood from Bernise’s spinning elbow. Initially I thought it was sweat before realising that Tanya Merritt has just worn a belter of a spinning elbow and blood from a cut in a previous round covered those within about five foot of the corner. 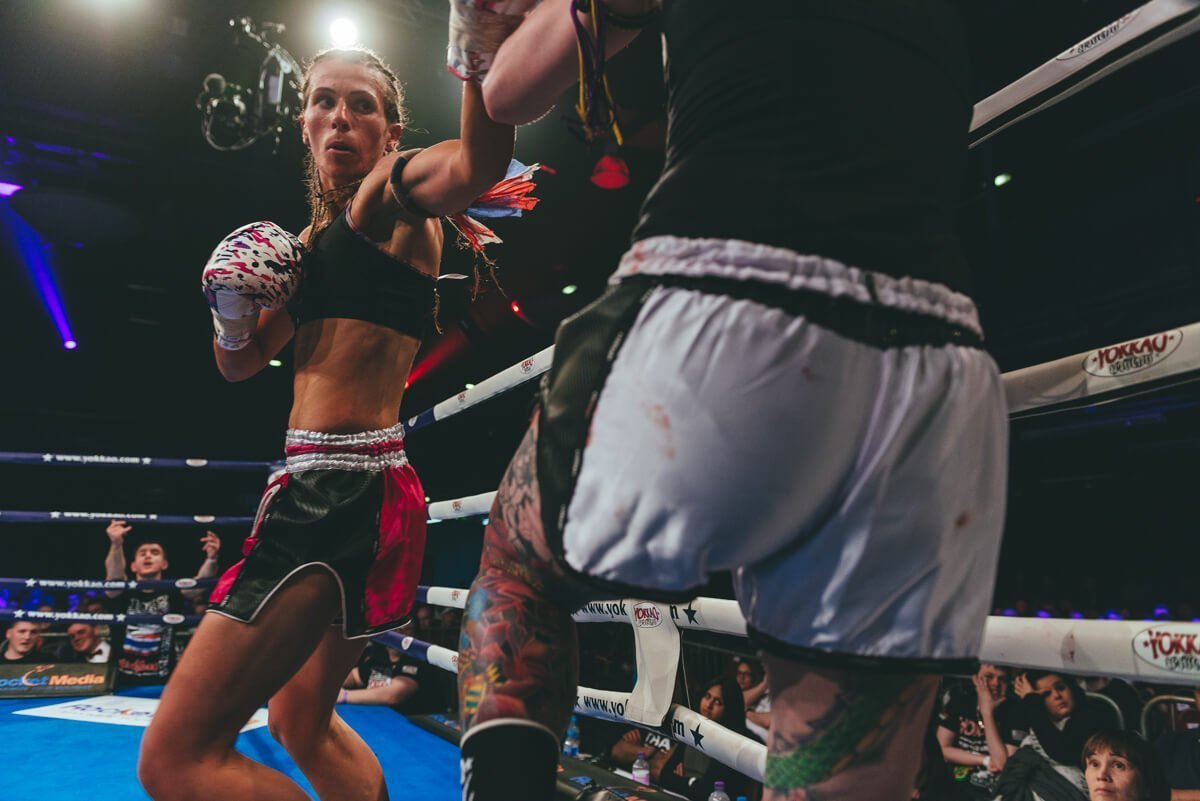 2) Karim Bennoui vs Darren O’ Connor. Darren took a hammering in the first two rounds Karim came out of the gates with the intention of finishing the fight early only to have Darren change tactics and fight back to what many on the night thought was his fight. Either way, both fighters put on a classic.

3) Keith McLachlan vs Paul Karpowicz. Paul Karpowicz’s broken nose. One of the most savage nose breaks I have ever seen. It caused some controversy at the time with many questioning if Keith McLachlan should have landed that kick. Having personally worn an elbow in training that earned me a trip to A & E I can testify to the importance of keeping your guard up even on the way down to the canvas. The most impressive thing was that Paul got straight back up and went right back to work as if nothing had happened. 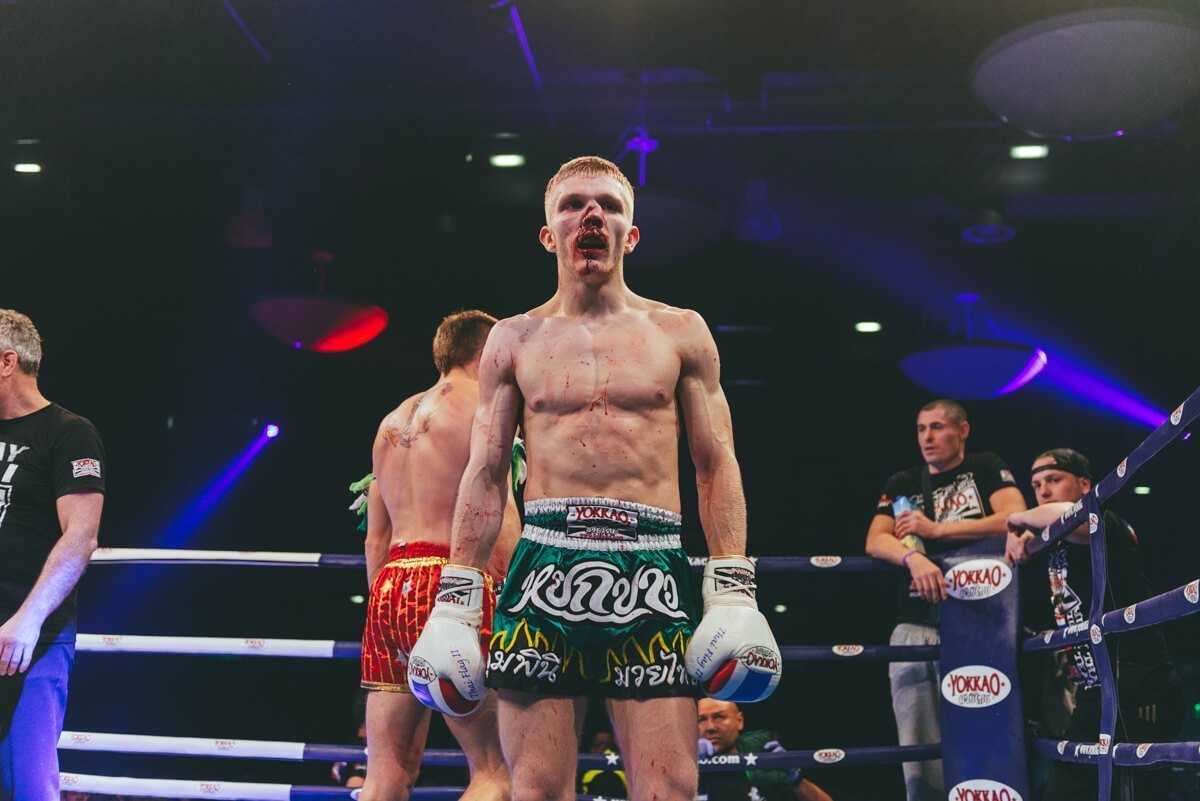 Below is a collection of my favourite shots from those Yokkao events and thank you in advance if you take the time to go through them.